Skip to content
Comparison of Soldering Gun vs Soldering Iron
5 (100%) 6 vote[s]
Novice soldering hobbyists do not know what to choose for their projects – soldering irons or soldering guns. The following guide will give a few hints about the uses of two different tools used for soldering. Make sure to check the technical features before buying soldering iron or gun. Let’s start with the definition.

A soldering iron is the most standard instrument used for joining electrical components. The major heating part of a wand-shaped iron is a metal tip.

Just like an iron, a soldering gun is applied to joint metal surfaces. Due to the design resembling a handgun, this instrument has a steady handle that you can easily hold with one hand.

I think that you are aware of how a soldering iron works, so I want to focus on the major technical features of soldering guns.

A soldering gun is used when working with microcircuits and small electrical parts. All small contacts that need to be soldered are done with this tool. Due to its unique mechanism of action, the soldering gun provides excellent conditions for working with similar parts. The production and repair of gadgets, home appliances, radio circuits and other things – these are the major uses of a soldering gun.

The major design of a soldering gun includes such parts:

The main heaters in modern models are mostly made of chrome and nickel. It heats up under the influence of electric power. The normal heating temperature is when the solder will melt. The core of a soldering gun is usually made of copper because this metal conducts heat very well and heating takes place as quickly as possible. Most often, the tip looks like a wedge. 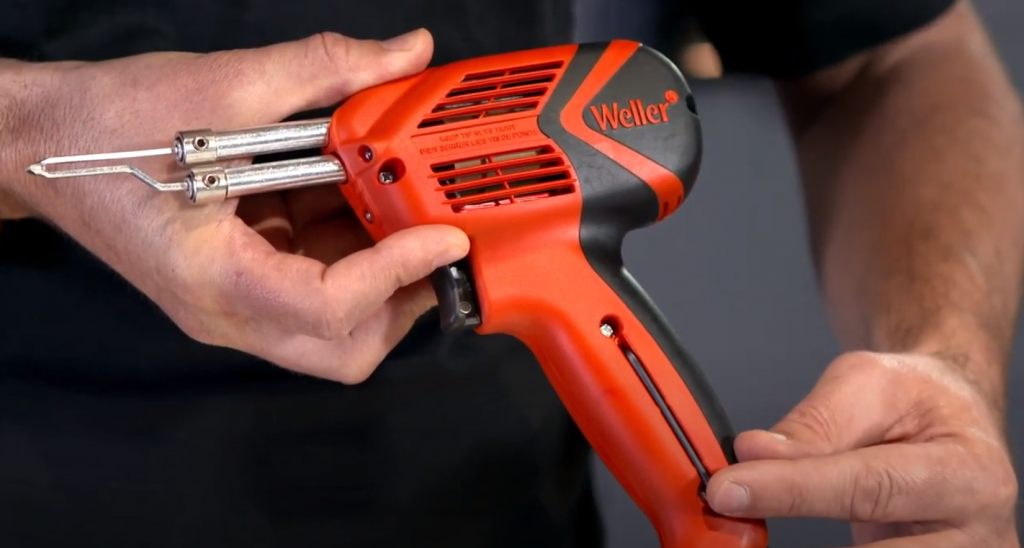 Keep in mind that a soldering gun works at low voltage and has a unique design. That is why it has received a high efficiency. Soldering guns with a ceramic tip can also save the electricity bills. Current flows through the tip only during soldering. This differs from the soldering gun from the usual practice. The remaining differences relate mainly to the presence of a frequency converter.

Important notice! Soldering irons vs soldering guns are easier to handle during the work. So, they are more flexible when it comes to soldering light electronics. Larger guns are great for heavy-duty jobs. Also, the guns work faster, use less energy.

The biggest drawback of a soldering gun is that the tip can give an electric shock. Such a soldering gun can easily disable microcircuits that are sensitive to the high voltage but it is great for soldering standard wires.

One of the benefits of a soldering gun vs soldering iron is quick heating. This factor must be considered when using a soldering iron in the open air or in the cold weather outside. Ordinary soldering iron with a chrome heater will cool down quickly under such conditions and it will not be able to warm the soldering place at an even speed.

No matter what you choose, beware using cheap soldering tools without a leakage grounding or temperature control. Such instruments can reach 8000 F. If you need to have a stable high temperature, invest in a soldering station that may ground the tip and prevent the leakage from the AC power lines. Also, such stations include a variable transformer to regulate temperature.

Standard solder will melt at 3610 F, but some new lead-free solder needs a higher temperature to start melting – about 4300 F. A soldering tool’s temperature must be regulated at this range. 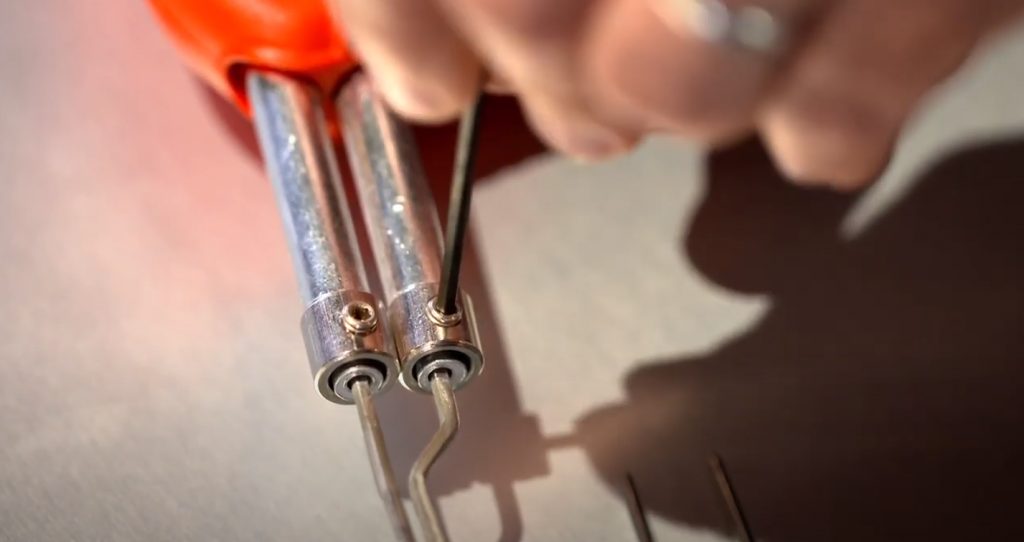 Do not confuse temperature with the heat. Temperature is an intensity of “hotness”. Heat is an amount.

You need to increase heat to make the solder melt faster. Soldering stations, unlike guns and irons, allow regulating the heating bits, according to your needs at this moment.

Things to look for in soldering irons and soldering guns

Before selecting a perfect instrument for your soldering jobs, please consider such things:

The wattage range – 20-50 watts for soldering irons is perfect. Wattage affects the heating speed of the copper tip as well as the cool-down mode. The stable temperature during soldering is important and it’s provided due to the high wattage.

Replaceable tips. You will have to replace the tips for a tool despite its design, so buy a few ones beforehand;

Temperature control. If you plan to do a lot of soldering, then you need to check a specific temperature. The highest temperatures are provided by soldering station kits or powerful guns;

Price matters. A standard lightweight soldering iron can be bought under $10. But if you want to invest in a soldering gun or station, prepare to spend up to $30. Just make sure that the soldering station has an integrated stand;

The thickness and shape of a tip. Depending on your project, you may need to choose an instrument with a thick or thin tip.