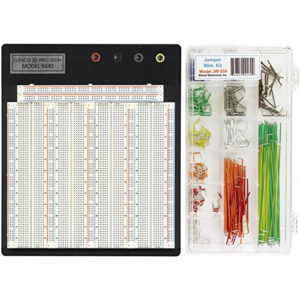 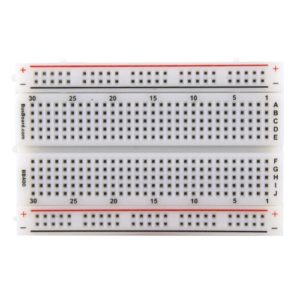 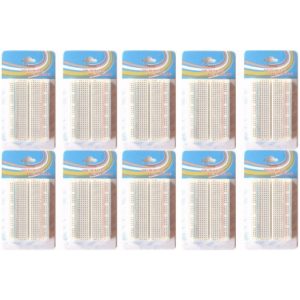 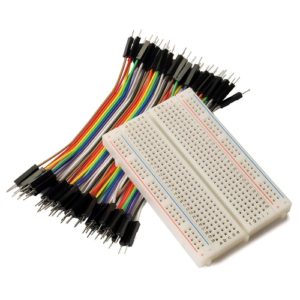 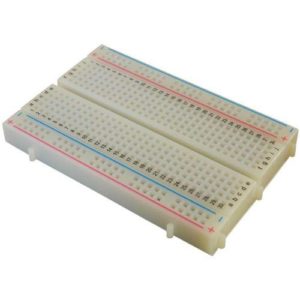 Breadboards are used to prototype circuits. If you’ve got a starter kit with your Arduino or Raspberry Pi, you probably have one. They come in many sizes, for the most part, the standard large size and slightly smaller size are the ones you see the most, though some of them also come with binding posts for power sources as well. Regardless of which one you have, they mostly work in the same way.

The bigger breadboards have lines running down the long side, which are known as the power rails. This is because you can plug your microcontroller or power supply into them to provide power to the components on the inside. Running perpendicular to these are the component lines, and these are where you place your components, this is where you can build your circuit. 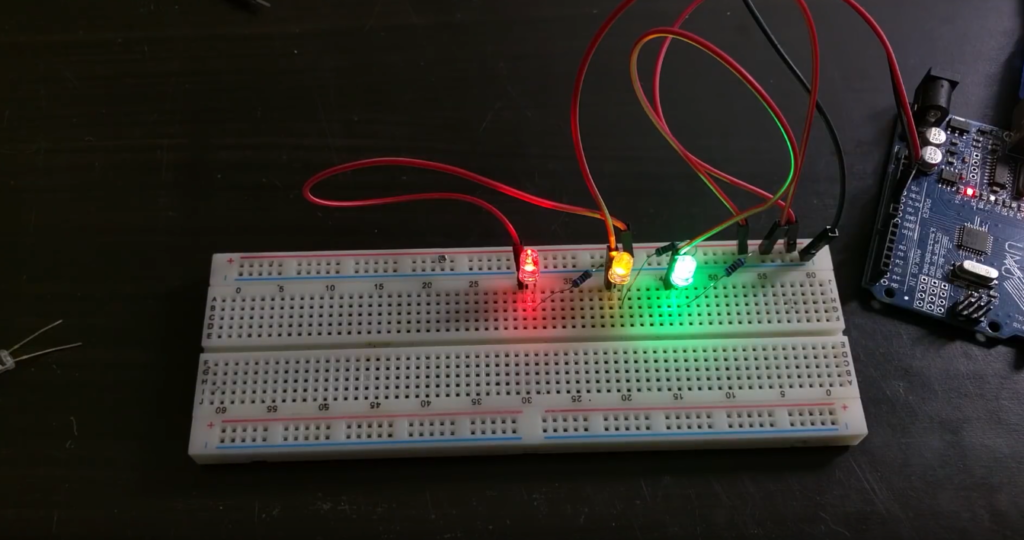 Smaller breadboards work exactly the same as the larger ones though they don’t have the power rails running down each side. By flipping over a breadboard and pulling off the backing, you can see how they work. These pieces of metal run along with the board and connect all of the components together that you need. If you were to pull out one of the metal lines on your breadboard, this is what it would look like. They are all small metal crimps that are designed to grab the legs of the components. This is why they’re so useful. It means you can make circuits without having to rely on learning how to solder or using a soldering iron, and it’s elementary to prototype things quickly.

One of the features of the breadboard that you’ll see is that down the middle there is a channel and this channel is a specific size and for a specific reason. The reason that it’s there is that many integrated circuits, or chips, comply to a standard called Jewel inline packages.So for example, L293D motor IC, this is designed for driving motors in a circuit, it fits perfectly over that little channel.

So for an example of how a breadboard would be used, look at a simple LED circuit with an Arduino. You can see there are two LEDs. One of them stays on all the time, and that’s because it is being powered from the power rails of the breadboard and those power rails are connected to the five volt and ground pins of the Arduino. You’ll see that the other LED is blinking and that’s because it’s been connected to one of the output pins of the Arduino, which is running the standard Blink sketch, modified to output on one of the pins instead of the internal LED.

You’ll also notice that the power rails running along the bottom side also work and that is because at the end of the breadboard you have jumped the positive to the positive line, and the negative to the negative line and this is just a general good practice that it’s worth doing because it means that your components will always have power, no matter where they are on the board.

If you’re wondering why this plastic device that you have that helps you make circuits are called a breadboard, it harks back to the history of DIY electronics when people also wanted to prototype quick circuits, but they didn’t want to have to get a soldering iron out or anything like that. What they would do is they get an actual breadboard from their kitchen, and they would use that, with their components along with some screws or some nails or some thumbtacks, to make quick circuits just to test things out or learn about electronics.

Video Tutorial: Everything You Need to Know about Breadboards 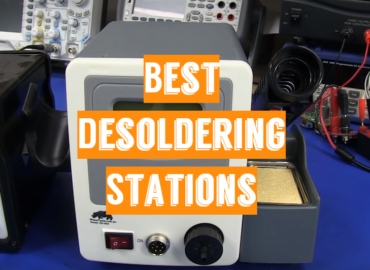 [pricingtable id='3282'] Don't let the technicalities of desoldering stations bog you down. If you're moderately serious about soldering, you are going to need one of these machines in your workshop. How do you choose one desoldering station when the internet presents you with thousands? That's easy; we already did the leg work. Check out our… 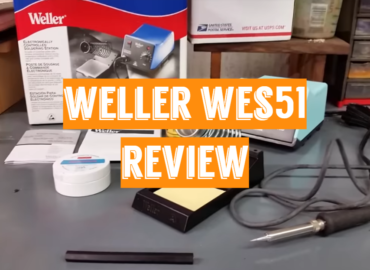 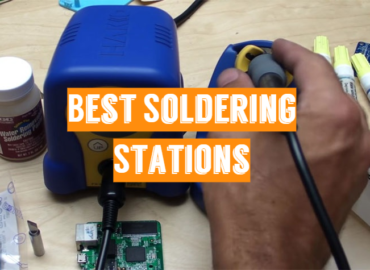 [pricingtable id="2600"] If you want to repair small electronics or circuit boards, you need several soldering supplies as well as a place to put them. Stations offer a place to store all of your essentials. As such, they make your soldering space cleaner and easier to navigate. Soldering stations feature a durable base with slots… 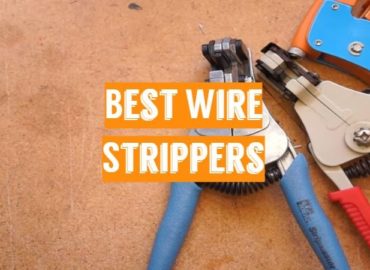 [pricingtable id="2777"] If you're looking to tackle a few basic electrical projects, you're going to need a pair of reliable wire cutters. These tools are an essential part of every DIYer's toolbox, but not all are created equal. We spend hours checking out popular models, settling on just five top performers to share with you.…